Fresh meat supply will be reduced within days: production expected to be cut as energy crisis hits supply chain

By Sean Poulter for the Daily Mail

Meat production is expected to be cut within days, industry executives have warned.

Chicken and pork could disappear from supermarket shelves as the energy crisis hits key parts of the supply chain.

The traditional Christmas dinner is also under threat, with the number of turkeys available to buyers drastically declining.

George Eustice, Secretary of State for Food and Rural Affairs, is due to speak with representatives of retailers and food producers today as fears grow over the effects of soaring energy prices .

The spike has seen two US-owned fertilizer factories shut down in recent days because they cannot operate at a profit.

The sites, managed by CF Industries, are responsible for supplying 60 percent of Britain’s CO2 gas, which is essential for food production and packaging.

Because the gas is used for the humane slaughter of chickens and pigs, the entire meat processing system quickly shuts down if deliveries are interrupted.

Meat production is expected to be cut within days, industry executives have warned. Chicken and pork could disappear from supermarket shelves as energy crisis hits key parts of the supply chain 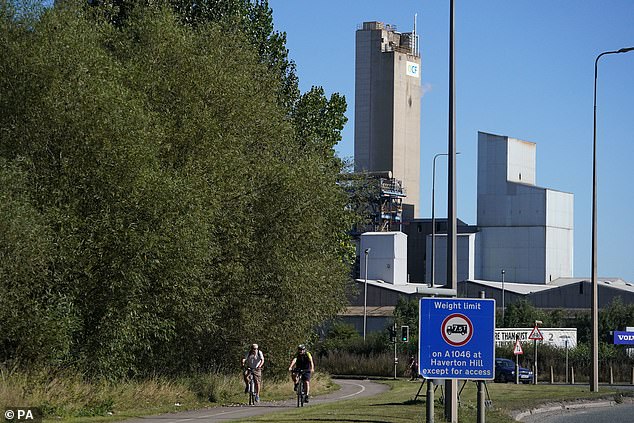 The spike has seen two US-owned fertilizer factories shut down in recent days because they cannot operate at a profit. The sites, managed by CF Industries, are responsible for supplying 60% of UK carbon dioxide, essential for food production and packaging.

Gas is also used for everything from sparkling in carbonated drinks to creating holes in crumpets. It is also essential to create packaging that retains the freshness of cheese and salad for longer.

Food & Drink Federation chief executive Ian Wright has warned that shoppers will start to see gaps on the shelves by next week.

“Of course, this is concerning as we are starting to enter the period where warehouses start to build up their stocks, ready for Christmas a few weeks later,” he said.

Emphasizing the urgency of the issue, Iceland boss Richard Walker said: “It’s not about whether Christmas is going to be okay anymore.

Rather, it’s about spinning the wheels and the lights so that we can actually make it to Christmas.

Nick Allen of the British Meat Processors Association said: “My members say there are between five, ten and 15 days of supply left… we are two weeks away from seeing real impacts on the shelves.” 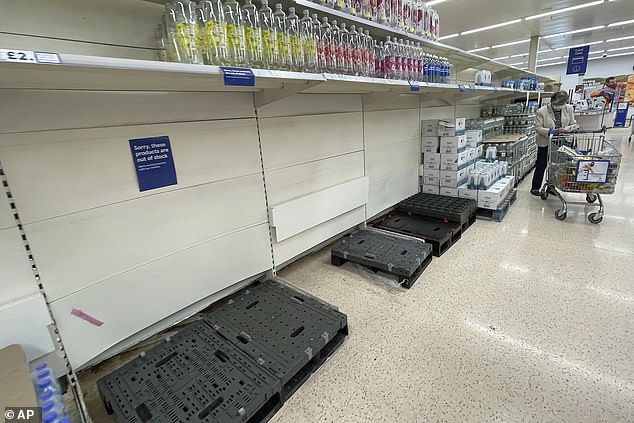 Food & Drink Federation chief executive Ian Wright warned shoppers would start to see gaps on shelves within a week or so.

The chaos in the supply chain has also created welfare concerns for more than 100,000 pigs destined for slaughter which will now remain on farms.

“The CO2 problem is a blow to the body and puts us at breaking point, it really is – it is poultry, beef, pork, as well as the food industry in the sense large, “he warned.

“With our industry already compromised by the lack of manpower, this potentially tilts us over.”

Staff shortages have already affected the availability of everything from milkshakes at McDonald’s to chicken at Nando’s. The government is now believed to be considering an extension of the changes made in July, which means drivers can be on the road for ten hours, up from nine.

Due to end next month, the new rules could instead stay in place until February.

But Rod McKenzie of the Road Haulage Association said longer hours meant “more tired drivers … which is not good for anyone’s safety.” He added that most bosses ignored the change to keep staff safe. “It’s a short-term solution that doesn’t solve much,” he said.

A government spokesperson said ministers were “taking action to support [firms]… including streamlining the process for new drivers and increasing the number of driving tests ”.

America’s meat supply is cheap and efficient. Covid-19 has shown why this is a problem.